After discovering issues attempting to power my wireless router off the roomba, I decided to build a simple bluetooth interface similar to the roototh interface from sparkfun.

Since I have this weird unmutable DIY motivation; I decided to build my own interface.

The interface is pretty simple; a standard Bluetooth module; some level conversion and power supply.

I bought a cheap CSR bluetooth module from dx.com; they're about $7 each including shipping

For the connector I hacked a 7 pin mini-din I ordered from digikey; it worked pretty well.:
7-pin Mini DIN connector $3.04

Interface PCB came in aroudn $1 each (since I ordered 10) 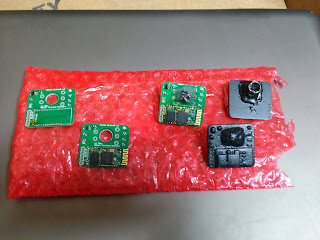 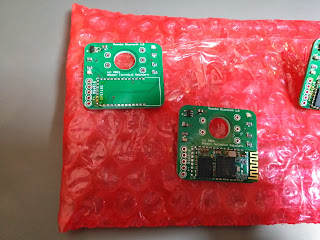 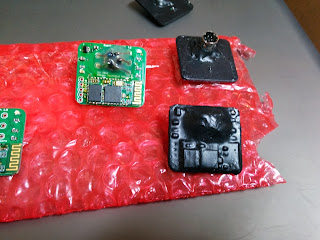 To finish the devices I encapsulated them in Plasti-Dip; its awesome stuff and provides good protection to the circuitry.
Posted by Scott Gibson at 8:36 AM No comments:

I needed dimmable photography lights for a photo booth project I'm building for a friends wedding.  Pre-built lights are quite expensive so I decided to build my own.  I based the design on white LED strips which can be purchased quite economically when purchasing directly from Chinese distributors (Like aliexpress.com) 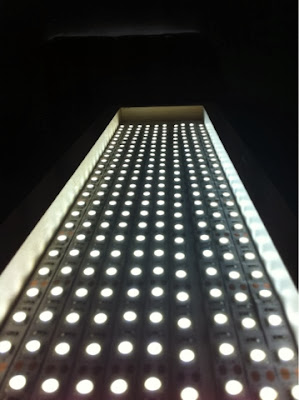 I went with the largest and densest LED strips I could find.  The LED strips come in 5 meter lengths; I found for $12 (inlcuding shipping) I could get a 5M LED strip with 600 LEDs.  The leds are the 5050 size which is the largest commonly available on LED strips.  The 5M of LEDs draw 72W.

I build a quick panel out of some white hardboard and pine trim I had around from home renovation work.  I sized the panel to fit 10 50cm lengths of LEDs.  This made a nice ~60cm x 20cm panel 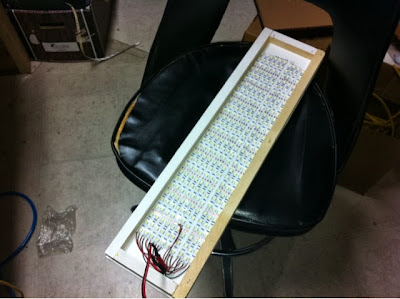 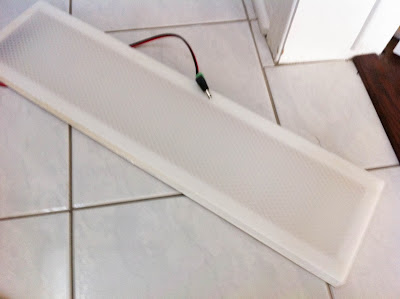 The strip is directly powered off of a 12V source (I used an old ATX computer power supply).  Each segment of the strip was wired to a 18 gauge power supply wire.  From here it can be connected directly to 12V or via a control circuit as I have done.

The photo booth I'm building runs on a raspberry pi embedded computer.  Attached to the raspberry pi is a PCA8685 I2C PWM driver.  Adafruit sells a nice breakout (http://www.adafruit.com/products/815) board to make wiring it up easy.  This way the photobooth control software can simply set the desired PWM duty cycle and be done with it.  The PWM output of the PCA8685 is connected to a mosfet which switches the LEDs on and off at the right duty cycle to set the brightness. 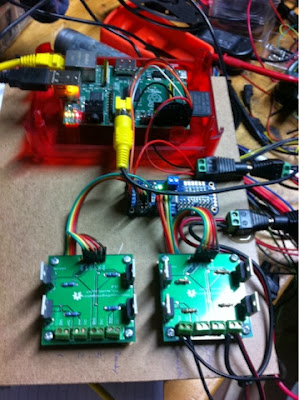 I designed a simple four channel low-side mosfet switch board for connecting the LEDs (and other DC things) which needed control from the raspberry pi.  The hardware design is open source and can be found here: https://github.com/scottjgibson/4ch_mosfet_switch 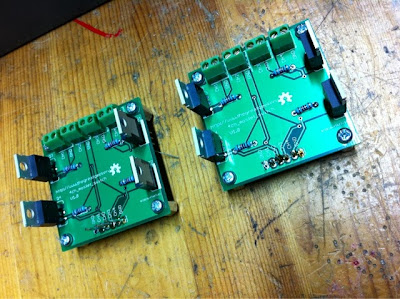 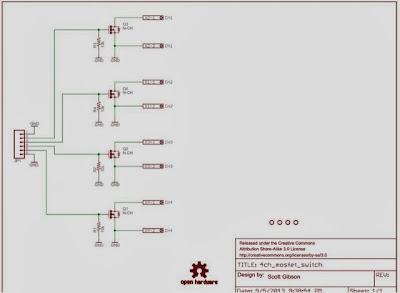 I created a separate blog for the projects I do with the kids.  Check it out here: www.ultrageekdad.com
Posted by Scott Gibson at 12:58 PM 1 comment: 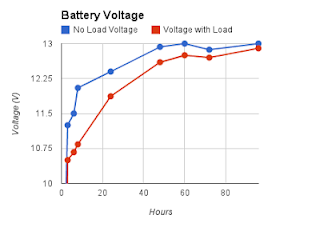 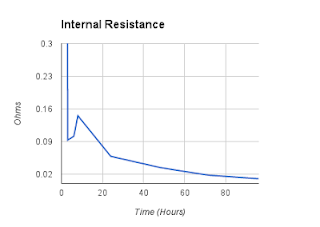